Sioux Falls residence enjoy having a park within 3 miles of their front door with an extensive bike path that runs throughout the city. The average commute of 16.9 minutes is 36% shorter than the national average of 26.4 minutes, getting to work is a breeze.

The largest city in South Dakota located at the junction of I29 and I90, just miles from the Iowa and Minnesota borders, just updated its population signage. Sioux Falls has averaged 3500 new residence annually for the past twenty years and ended 2020 with a population of 195,850. The economy is strong and diverse based not only on local activities like agriculture but as a significate presence in the service economy, especially banking and credit processing.

Because of low taxes (SD does not have personal or corporate income taxes), a good labor force, and business-friendly state laws, Sioux Falls residents enjoy a healthy economy. The largest employers in Sioux Falls include Sanford Health, Avera Health, the Sioux Falls School District, Smithfield Foods, Hy-Vee Food, Wells Fargo and Citi. Resulting in the Feb 2020 unemployment rate being 2.1%, the national average was 3.7%. But there is more competition for employees coming!

In Dec 2020, Amazon's announced a new fulfillment center is being built in northwestern Sioux Falls, and will employ 1,000 in 2022. This was followed by Schwan's, announcing in Jan 2021, its plan to build a facility to produce Asian frozen food products, promising more than 600 jobs by 2025. These announcements seem to predict an even stronger job market in the near future.

Sioux Falls residence enjoy having a park within 3 miles of their front door with an extensive bike path that runs throughout the city. The bike path runs right past many apartments and townhomes in Sioux Falls. The average commute of 16.9 minutes is 36% shorter than the national average of 26.4 minutes, getting to work is a breeze. The thriving downtown area has plenty of shopping, restaurants and good entertainment options. It's also within walking distance of the cities name sake Falls Park were the river drops 26' through a series of water falls.

The suburbs (Brandon, Hartford, Harrisburg and Tea) also are thriving with apartment living in Brandon leading the way. Brandon has been growing at 7% annually for nearly a decade. Resulting in the Metro Area population hitting 261,400 in 2020.

The median-household-income in Sioux Falls is $52,607, the national average is $53,482. Giving you a higher than average take home (remember no personal income tax). All of this makes Sioux Falls a great place to live. But don't take our word for it:

Sioux Falls parents have school choice (open enrollment) with a mix of 74 private and public schools to choose from. South Dakota students rank 19# in the nation. Is there room for improvement, yes! The state's legislators seem to be committed to education.

All of this points to a very strong rental market for Sioux Falls. Renters make up 36.7% of the Sioux Falls population. Apartments in Sioux Falls are enjoying near record occupancy. As of Jan 2021, the South Dakota Multi-Family Association announced a 6.39% vacancy for Market Rate properties, Sioux Falls Affordable Housing (low income) had a vacancy of 9.1% for Tax Credit properties and 1.27% for HUD properties.

2021 looks like a lot of new apartment construction will be added to the market. In 2020, the city authorized construction permits to build 7,222 new apartments in Sioux Falls, and 392 new townhomes. At this point there is no way to tell how many will be Senior Living Apartments.

Life in Sioux Falls is good and it looks like its getting better. 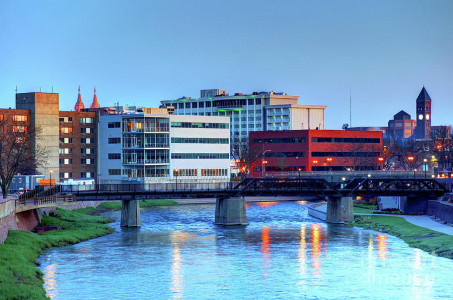 Things to do in Sioux Falls
Cities

Things to do in Sioux Falls